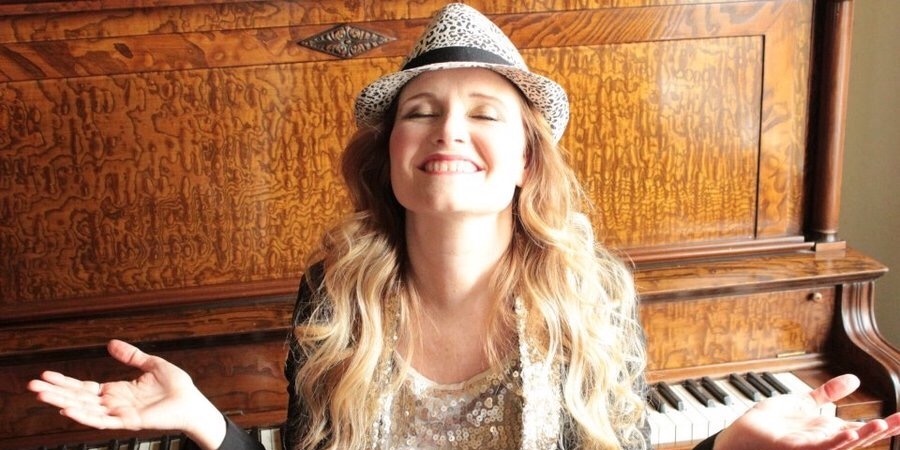 HEALING FROM ABUSE AND REJECTION

As I was recently leading Worship for a Women's retreat, the Holy Spirit allowed me to hear and release a lullaby from God the Father's heart over the Women during the Worship time. I knew it was not my idea, but God wanted to sing over them and bring healing. Two women came to me afterward and shared how that song touched them and brought healing in such a deep place from the abuse and rejection of their earthly fathers. Only God could heal that wound by singing a Fathers lullably of love over them, which they never recieved from their earthly fathers!

Psalm 32:7 - “For you are my hiding place; you protect me from trouble.

You surround me with songs of *victory.” (*deliverance-NIV)

Zephaniah 3:17 - “For the Lord your God is living among you. He is a mighty savior.

He will take delight in you with gladness. With his love, he will calm all your fears. He will rejoice over you with joyful songs.”

FREEDOM FROM GUILT AND SHAME

As you may have read in my bio or song story page, God did a miraculous healing in my life from guilt and shame! I immediately asked Him to give me a song of rememberence for what He had done! I also asked for it to serve as a testimony to others, that they might recieve the same healing and encouragement. The song "You Delight In Me" came completely in that moment. Since then, God has opened the doors for me to sing that song over many of His children and I have heard how the Lord has set people free from guilt and shame through the hearing of that song by the power of the Holy Spirit! God is so good! To Him be all the glory forever!

You can read more about the song "You Delight In Me" on my song story page as well as listen through the site player.

Recently a women told me she knew someone who was having tormenting dreams at night and could not sleep. She felt moved to give her my CD and as soon as she began playing it, the torment and bad dreams completely lifted and she is able to sleep in peace! Wow! Thank you Lord! Let Your light come and cause the darkness to flee!!!

This reminds me of when David would play for King Saul and the tormenting spirit would lift off of him.

I have a song called "A Sacrifice Of Praise". The chorus declares God is worthy of it all and when He speaks mountains are going to fall...! One particular time I was singing this, I was moved by the Spirit to share that God would speak to those mountains in our lives that have been difficult, and He would cause them to be removed! I also saw a vision of the Women there being bent over from the heavy weight of different burdens. As I shared this, I asked the others around the ones who felt that was for them, to pray and minister healing and release for them! Many were touched and encouraged! I recently received a testimony from one woman who atended, that God spoke to her about her difficult burden of her weight and that He would help her finally lose that weight! She has lost over 100 lbs since then and is living a healthy and vital life! I am so inspired and blown away! One word from God can give the vision, courage, and endurance to believe and take hold of what He has for us!

Matthew 17:20-You don't have enough faith, Jesus told them. "I tell you the truth, if you had faith even as small as a mustard seed, you could say to this mountain, 'Move from here to there' and it would move. Nothing would be impossible."

I love that children are drawn to the Worship! They love the songs and CD! I went in and shared Worship for a preschool class and the children were so focused and children from the room next door started be drawn in! As I shared my song "Illuminate" they began dancing all around the room and singing! They were filled with joy and worshiping the way I know The Lord loves...totally free!!!

I hear of children and babies raising their hands when my CD is playing and them singing along! I pray these next generations would know the Lord and the freedom He has given them from the time they are very young! That they would know who God is and who they are created to be! I pray they can Worship all the days of their lives, like those children twirling and singing with joy! I pray we would be able to be like these children and Worship like them!

Matthew 19:14-But Jesus said, "Let the children come to me. Don't stop them! For the Kingdom of Heaven belongs to those who are like these children."

I recently connected with a couple who shared a powerful testimony of healing with me. The man told me that they were at the Church I lead Worship at and he was totally lukewarm in his faith and their marriage was basically over. As I lead Worship he had such an encounter with God that he was completely changed in that moment! He was so captured by God during Worship that he was filled with passion for relationship with God and with his wife! His marriage was healed and he is living totally different now for the Lord and God's purposes! Wow! One Encounter with God changes everything! Thank You Lord for allowing me to be a vessel for Your glory!

One night I was leading Worship for a gathering of different churches and ministries. As I was leading I declared that our ears be opened! I thought it was just for our spiritual ears, but a women told me later that her ears constantly get clogged due to bad TMJ. It causes her to struggle in Worship. The moment I declared that ears be opened, her ears popped open!!!! Wow!!! She also said her depression and false thinking was lifting off during Worship! Thank You God! As we declare Your worth and release Your heart, people are set free and healed in Your presence! You are good!

There are many more testimonies....known and unknown! God does exceedingly above all we can ask or imagine!

Luke 4:18-"The Spirit of the Lord is upon me, for he has anointed me to bring Good News to the poor. He has sent me to proclaim that captives will be released, that the blind will see, that the oppressed will be set free..

Thank You Jesus for setting us FREE!!!